waypipe is a great hack! It allows you to run wayland applications on a remote host and show the picture on local machine (somewhat similar to X11 network protocol).

Architecture diagram is both simple and fascinating.

waypipe allows for quite a bit of flexibility in remote rendering setup controlled by a few commandline options:

By default waypipe enables GPU acceleration on a remote side, extracts the result as a texture via DMABUF and sends deltas (or video) over the netowork to reconstruct it locally and pass to the compositor.

Does not sound too complicated. Or does it? Chosen common pixel buffer format matters here: both sides need to agree on supported configuration. And there are so many to choose from!

Here my local machine supports a bunch of LINEAR formats of DMABUFs. And possibly a few tiled ones (INVALID entries with non-zero modifiers).

What happens when waypipe somehow gets format match wrong? Say, uses tiled format on one side while unknowingly using LINEAR on another side? With waypipe-0.8.3 I got this beauty: 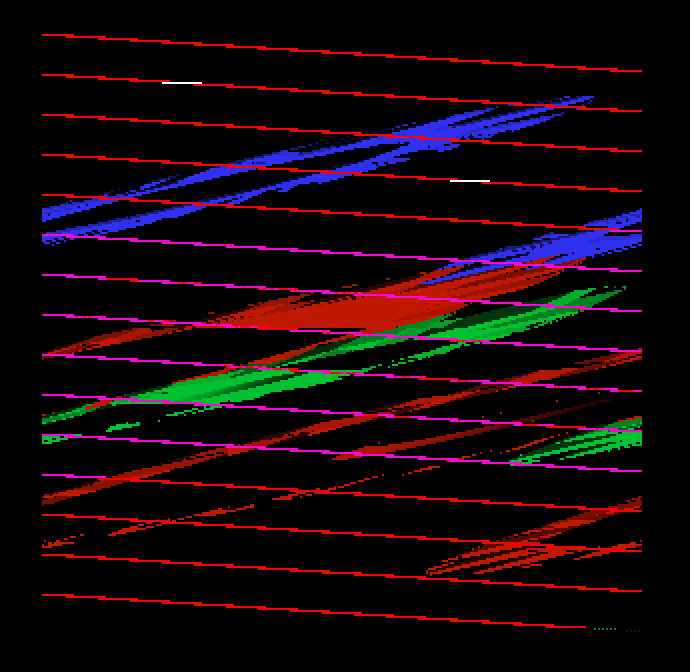 It’s hard to see on a picture but it’s a es2gears_wayland application output (port of glxgears). Supposed to look like that: 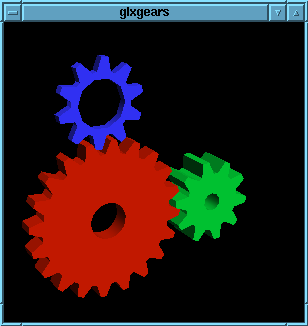 In my case colors are fine, but the gears are inclined and shredded. I had to spend a bit of time resizing the window to get something that resembles gears at all. Otherwise it a line soup.

I have machines with 2 card types: amdgpu (nz) and i965 (i7). Before any waypipe fixes none of amdgpu->i965, amdgpu->amdgpu, i965->amdgpu GPU-accelerated piping modes worked:

I was not sure if waypipe is maintained or abandoned given that nothing seemingly worked. I filed the issues anyway. To my surprise Manuel fixed both bugs before I had a chance to look into the details!

Running waypipe from master I got a good picture out of everything I tried! I tested a few games and applications and got the following results:

45 FPS (or even 95!) is a lot more than I expected from this setup. I probably failed to enable hardware video codec compression. Tweaking that should get both better picture quality and performance when in --video=hw mode.

waypipe ssh <host> while slow should just work on waypipe from git. If you still have artifacts try safest waypipe --no-gpu ssh <host>. Best interactive I got was from waypipe --video=hw ssh <host>. Upstream is alive and responsive.

You may notice quite a bit of video codec damage on the screen. But that’s just because i7 is such an old slow box. I think it’s a good result overall.

Posted on November 7, 2022 by trofi. Email, pull requests or comments are welcome!